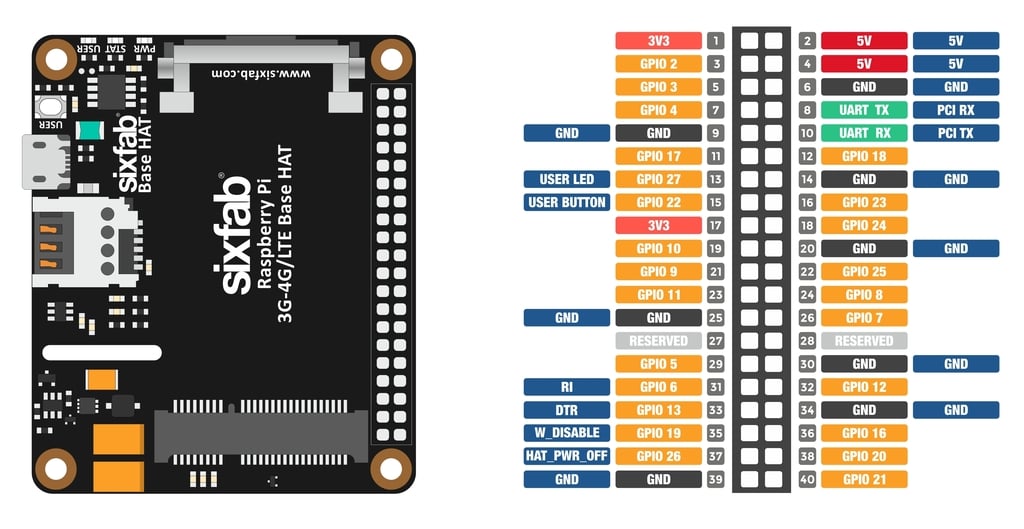 Use of different mini PCIe modules with Base HAT

If one is looking to use different mini PCIe modules other than the ones mentioned above, it should be compared with the pinout of mini PCIe below. The following mentioned pins are connected to the Base HAT. The minimum requirement is to match VCC_3V3, GND, USIM_VDD, USIM _DATA, USIM_CLK, USIM_RST, USB_DM & USB_DP 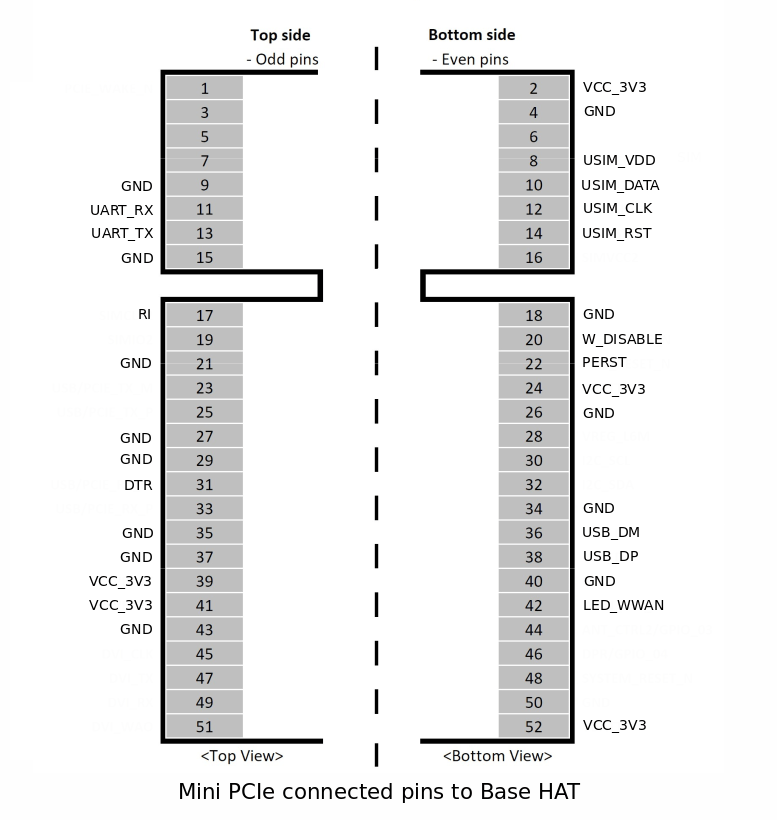 Note 1: The Base HAT doesn't need or has a driver. Rather The host computer(such as RPi, Asus Tinker Board) needs the driver of the compatible module that will be used with the Base HAT. For example, if you are using Quectel's EC25 with the Base HAT, then your host device should have the driver for Quectel EC25. Nowadays, most of the Linux kernel comes with the required drivers installed as a result the modules are recognized.
Note 2: These compatibility list created by assuming you’ve connected the Base HAT to the device via USB. UART communication can be work with every device in the list easily which has 3.3V level UART port.
Warning: For the best working condition, power the Raspberry Pi with a minimum 2 Amps 5V adapter while using the Base HAT attached. We don’t recommend the usage of long and low-quality micro USB cables between Base Shield and Raspberry Pi. It causes data and power loss. Thus, the cable included the package works greatly. 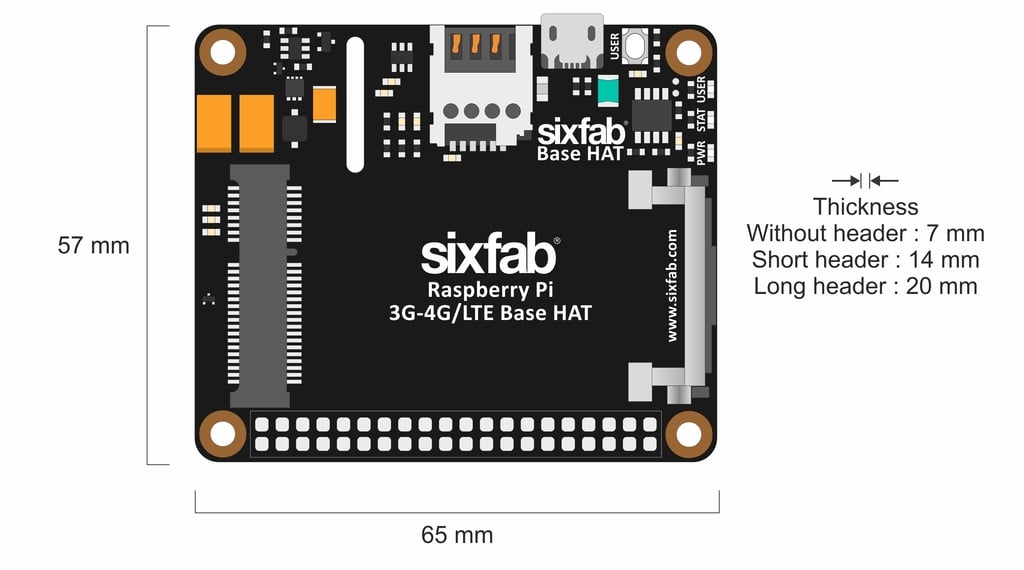 When you observe the HAT, you will come across some solder Jumpers marked as SJx (SJ1, SJ2, SJ3, etc). These solder jumpers are either connected or disconnected by default. These can be used to enable or disable the default use case. These SJ are provided for the cases where the specific GPIO are conflicting with the users requirement. Disconnecting the jumpers may lead to loss in some programmable feature. For instance, Cutting the SJ4 trace which is RI, Ring Indicator used as indication for call or SMS cannot be used.
​
Disconnecting: Cut the narrow trace between the middle of these solder jumper with a utility knife.
Connecting/Reconnecting: Solder the jumper to connect the traces.

The SJ details of the HAT(v1.0.0) are mentioned below.

With Quectel mini PCIe modules, the Base HAT can be used via USB or UART. Using USB is recommended since the speed slows down via UART.
UART of the HAT is disconnected by default. In order to use the UART, the SJ7 and SJ8 needs to be soldered.
The Telit module cannot be used via UART with Base HAT. The UART will work with modules where the RX TX are at PCIe pin 11 & 13.

Info
To use the UART follow the steps mentioned in the UART Configuration guide.

Updated about a month ago